With almost 20k Twitter followers and 20k Facebook followers respectively, it’s easy to see why so many people are crazy about Jean Carlos Lloret, better known as B-Boy Bebo. From his infectious smile and magnetic personality to his unmistakable talent, one minute with him and I was hooked too. Our shoot was reminiscent of my years living in New York City where I immersed myself in the club scene witnessing raw talent emerge in the streets and on the dance floors of underground clubs throughout the five boroughs.

Since he ImAgInEd it, this self-taught B-Boy’s star has continued to rise. Some of his many credits include the movie Step Up 4, America’s Best Dance Crew Season 6, and So You Think You Can Dance (check out Mary Murphy's reaction to his audition!) Most recently he performed with Austin Mahone on the 2013 VMAs and had the honor of representing his Latino culture on the 2013 Alma Awards.

Learn more about about B-Boy Bebo and his journey by visiting his website, viewing his Bio, or by contacting The Movement Talent Agency.

You can also check out some behind the scenes footage from the shoot here ! 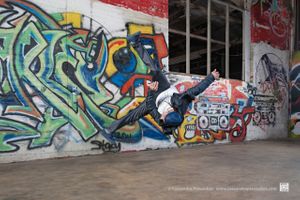 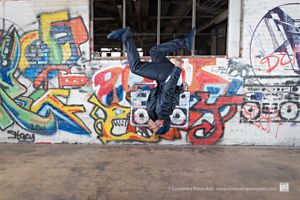