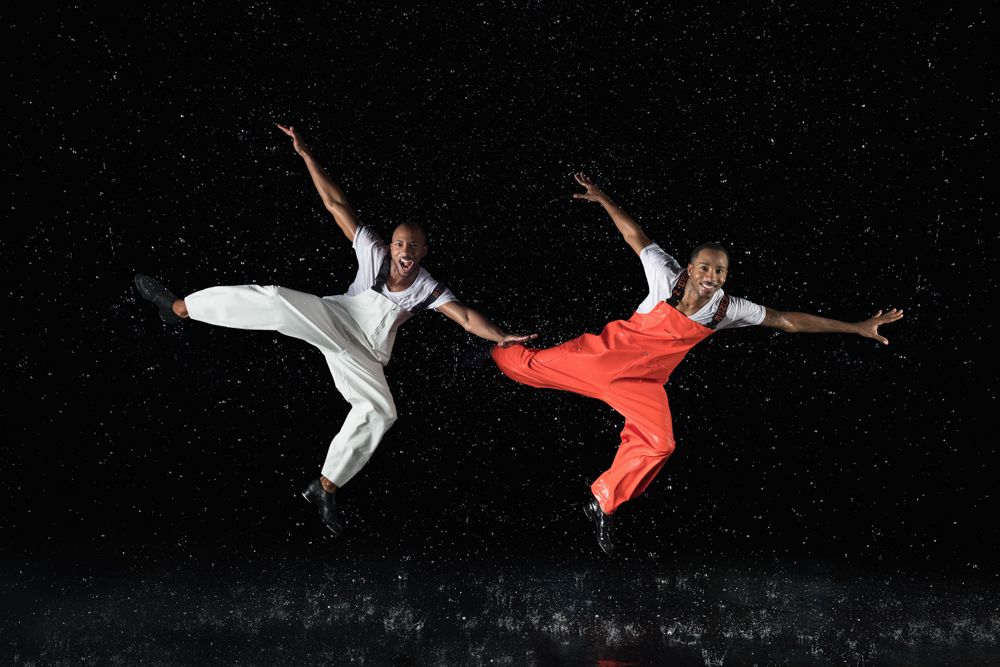 In Water With Sean and John Scott

When I moved from New York City to Los Angeles 15 years ago, one of the places I frequented was the 3rd Street Promenade in Santa Monica.

Having spent 16 years in the “concrete jungle,” I welcomed a space where pedestrians ruled the road. The proximity to the Pacific Ocean didn’t hurt either. If I am to be honest, however, it was the spectrum of street performers that kept me coming back weekend after weekend. This is where I discovered identical twin tap dancers Sean and John Scott, in what might have been 2008 or 2009. Fusing traditional dance routines and modern hip hop, their dance chemistry and artistry were undeniable. I knew I was witnessing something amazing. I knew they were destined for greatness, and I never forgot them. They stayed on my radar over the years, and as I followed the progression of their careers, my desire to photograph them grew. I finally got the chance last month when I reached out to them to see if they would like to be photographed for my In Water series.

Sean and John started training with professional tap master and innovator, Alfred Desio at the age of 6 at the Colburn School of Performing Arts, and have been dancing together professionally since age 8. They have been featured on several notable television shows such as Disney’s hit television show, Shake It Up, Nickelodeon’s Yo Gabba Gabba, and American’s Got Talent to name a few. They have performed on stage with icons in music and entertainment and toured internationally with mega stars such as Prince, Beyonce, Christina Aguilera and many more. They’ve even danced for Nike and Target / Converse in special sneakers equipped with tap soles ! You can currently find them in residence at Caesars Palace in Las Vegas performing in Absinthe, recently named by Las Vegas Weekly as “the #1 greatest show in Las Vegas history”.

For this shoot, I chose to shoot in a studio equipped with a rain room, instead of my usual West Hollywood rooftop location. Again, I used the Einstein E640s, which I have consistently used for all the images in this series.

I chose to photograph them in the Clipper Men’s Bib Pants from Grundens USA to bring more purpose and intent to the shoot, and chose the vibrant safety orange and white for a nice contrast against the black background.

Their overflowing passion for their craft was evident to everyone on set. It was a joy to be in their company, and a pleasure to photograph them.

To learn more about Sean and John: